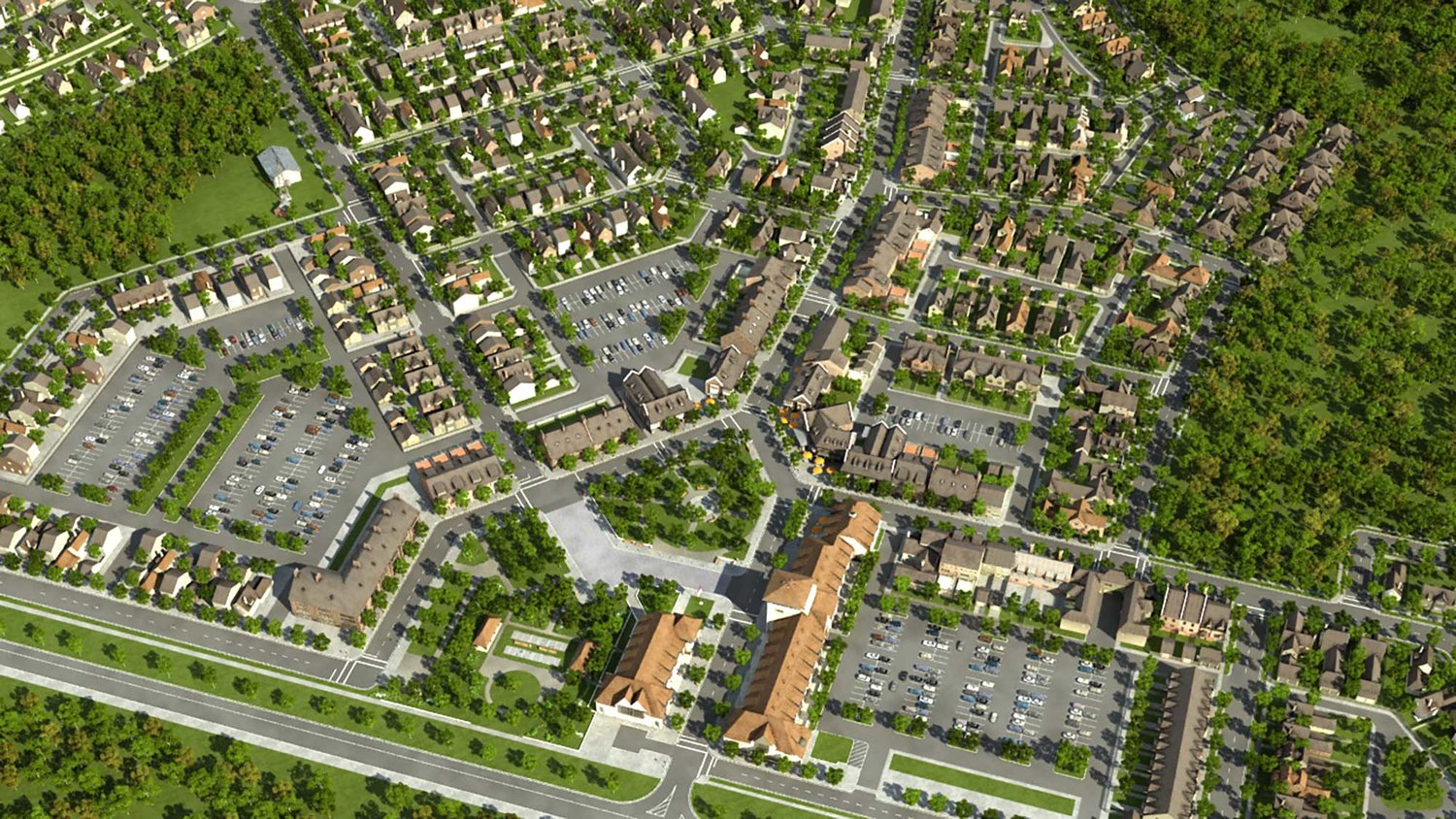 At its start, Hampstead was designed not just to question the conventional wisdom, but as a proposed alternative to it. Drawing from civilizations throughout time and around the world, Hampstead was built to be a community for the ages.

Design work on Hampstead began way back in 2005 when wife and husband team Anna Lowder and Harvi Sahota started with a simple question: why? The couple wondered why suburbia became the default community model in America. They wondered why the most popular cities in the world (Paris, Boston, Rome) stayed so popular after centuries. Most importantly, they wondered if—with a little help—they could do it better than the norm.

In the couple’s own words: “We knew there are better ways of planning and building that could improve people’s daily lives. So, we looked to older cities, new towns, revitalized areas that had been brought to life. We sought the best examples of urbanism in the United States, always asking ‘why does this work?’”

Throughout the design process, Anna and Harvi relied on a resurgent philosophy in urban planning—the concept of New Urbanism. Starting with the simple realization that the quality of a community can directly impact the quality of the human experience, New Urbanism sets out to contradict conventional wisdom by building communities at the human scale.

When daily commutes take hours or when highrise apartments put too much air between us and the ground, New Urbanism offers a better way. Walkable streets, housing and shops in close proximity, and open spaces dedicated to the communal enjoyment of nature represent just a few of New Urbanism’s best principles.

New Urbanism values that sense of “neighborhood” that’s so often absent in modern communities. And by partnering with the architectural and town planning world leaders in New Urbanism, Duany Plater-Zyberk & Co., Hampstead has created a community that isn’t just beautiful to behold but beautiful to be a part of.

Duany Plater-Zyberk & Co. (DPZ) knows a thing or two about building a community. After developing 300 communities and cities worldwide (including the famous Seaside, Rosemary Beach, and Alys Beach communities), DPZ turned their attention toward Montgomery, AL, and the Hampstead project there.

A decade of hard work transpired, and in 2008, Hampstead was open for its first residents. The community quickly attracted families and individuals who desired something more than the garage-door anonymity and dispassionate silence common in modern American subdivisions.

Drawn by Hampstead’s ample amenities (a working farm, schools, gyms, wellness centers, shops, and restaurants, to name a few) and the community’s enduring architectural stylings, the New Urbanist Hampstead community quickly started filling up. Now, with over 400 unique homes—each a masterpiece, capturing architectural stylings from around the world—Hampstead has its sights set on accomplishing even more.

As Hampstead continues toward Phase Six of its community vision, more and more families are paying attention, browsing available homes, and making the ultimate choice to relocate to a thoughtful, beautiful, comfortable, and accessible community filled with people of all walks of life. Of all its founding principles, the belief that we are stronger in togetherness continues to define the Hampstead dream—a dream with a place just for you.

Courage is required to question conventional wisdom, and beyond courage, we need conviction to propose a new way of our own. Anna, Harvi, and the brilliant minds at Duany Plater-Zyberk & Co. all put their mark on the Hampstead community. Now, you can be a part of their vision by browsing available homes or contacting us for more information at 334-270-6730 today! Communities need people, and people need communities—communities that work for them, not against.